Hannibal: 1st regtech that puts the blockchain at the service of the compliance authorities (AML / TF)

In the world of finance, the “blockchain revolution” goes far beyond simply creating cryptocurrencies. This technology could also be used to combat money laundering... This is one of the lessons learned by the participants in the exceptional digital reference “Digital Currency, Tokenisation of assets… : Digital Finance in the face of the Blockchain Revolution” held by Talan in collaboration with Paris EUROPLACE on 19 May, were able to draw from the discussions of invited experts. With a concrete example: the work of the Tunisian Commission of Financial Analyses, which led to the development of the platform to combat the flight of financial flows, Hannibal. 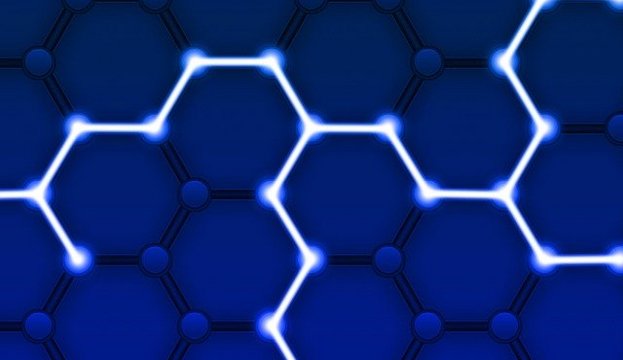 On 30 August 2015, The Economist, an economic magazine with an international reputation, caused a sensation when it placed a shocking headline on its cover: “The trust machine”. With an equally unexpected subtitle: “How the technology on which Bitcoin is based could change the world.”
By placing the blockchain on its front page, The Economist threw a splashing block into a quiet pond. In a simple formula, this magazine has inaugurated a cryptocurrency that until then had been associated above all with dubious activities such as The Silk Road, a kind of Amazon from illicit commerce on the Dark Web. The Economist also drew general attention to one essential point: the genius of the enigmatic Satoshi Nakamoto, the alleged inventor of Bitcoin, might not reside so much in this currency itself as in the famous register that is the blockchain, making any transaction unfalsifiable forever.

And to ask the question: after all, could blockchain not be used for uses other than currency? In the process, a multitude of uses were envisaged or put into practice, each benefiting from the security advantages of the blockchain: medical records, counting of votes, notaries, protection of artistic works (the famous NFT), logistics, etc. Giants such as IBM, Microsoft and Philips have jumped into the breach and increased the number of ad hoc applications.
The exceptional digital conference “Digital Currency, Tokenisation of assets… : Digital Finance in the face of the Blockchain Revolution”, organised by Talan in collaboration with Paris EUROPLACE gave the opportunity to present a specific case study: the fight against money laundering in Tunisia.

Hannibal: a platform to combat the flight of financial flows

Tunisia was keen to correct its reputation for apparent laxity. In December 2017, it was included in the list of “tax havens” by the European Union, and worse still, on 7 February 2018, on the list of countries with shortcomings in their anti-money laundering and counter-terrorist financing systems. As a result, it was placed under the supervision of the Financial Action Task Force (FATF).
In Tunisia, a commission is working to combat currency misappropriation: the CTAF or the Tunisian Commission for Financial Analysis. It is the responsibility of the CCB, the National Central Bank. His General Secretary, Lofti Hachicha, was present at the Talan - Paris EUROPLACE conference on 19 May, and he wished to give his testimony on the matter.
In recent years, the CTAF has seen a major change. In 2017, three-quarters of the cases reported involved smuggling cases (74%). Then, starting in 2018, half of the crimes were related to fraud, forgery and the use of forgery. And cybercrime had appeared on the list of new offences.

The blockchain reassures players reluctant to share their data

The CTAF called on the Talan group to develop a platform to combat the flight of financial flows, Hannibal. The idea was to facilitate smart cooperation between Tunisian banks, customs services, and the government services concerned. Seduced, the European Union did not hesitate to provide financial support for the operation. Even better, in June 2020, Tunisia was removed from the European Union blacklist.
Lofti Hachicha gave his testimony on the start of use of Hannibal since its commissioning in early 2021: "the first indicators from Hannibal covering more than 18,000 declarations show that the leakage rate is falling compared to 2014. ”
Even better, "the blockchain integrated into Hannibal has reassured players initially reluctant to share their data. The challenge was: would all the bodies involved in Tunisia cooperate? " They trusted the project and its blockchain technology.
The result is excellent cooperation between the private and public sectors. “We can show the international community that we now have an anti-money laundering taskforce and have an instant control tool with Hannibal. ”

“The blockchain is able to provide the reliability and traceability that may have been lacking in the past for the digital economy. ”

An approach followed by other countries?

Moreover, according to Samir Hannachi, Colonel Major of the Customs of Tunisia, “previously, to check that a document was authentic, the operation was not easy: without having the data from the banks, customs relied above all on the traveller’s declaration. ” Now, the Hannibal platform provides a wealth of information on currencies, whether imported or exported. It points to transactions that have not been regularised within the allotted time, which optimises customs investigations.  ”

Will Tunisia’s approach be followed by other countries, similarly anxious to reassure foreign investors? It seems that in the long term the choice will not even be made: which country would not want to display the image of a country that respects international standards of financial transparency? Especially as the blockchain is able to provide the reliability and traceability that may have been lacking in the past to the digital economy. Who would have believed it: a currency whose first episodes had libertarian accents – Bitcoin – takes shape systems that come to strengthen institutions. A huge turnaround.